Many customers turn to webchat for a convenient and easy response, but a recent report shows that this isn’t always the most effective method of customer service… 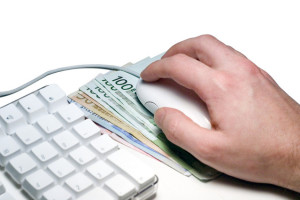 A newly published report has shown that agents can only handle around three webchats before the quality of service is compromised, which means both agents and customers prefer using the phone to communicate their thoughts.

A webinar conducted by the Call Centre Helper asked how many chats an agent could handle at any one time without feeling overloaded. It is commonly thought that agents can handle three webchats continuously without having to pressure themselves with their accuracy levels.

Surprisingly, it became apparent that agents could only handle two webchats before customer service began to suffer.

39% of 113 respondents believed that an agent could handle three webchats at any one time, but only 4% thought they could handle four or more.

With nearly half of the votes, respondents said that two sessions was the most they could handle at full capacity. 45% of people voted for this option.

9% of respondents believed that webchat agents should only handle one chat at a time to avoid customer service quality being compromised. With webchat being such a useful tool, it’s important that you don’t neglect it while also being aware that the telephone is still the number one customer service method.

One respondent said “our advisors are giving us advice that handling 3 webchats at the same time is pretty intense”.

There is evidence for some additional cost savings for webchat with automatic responses, but this is likely to have a very negative impact on customer service quality.

This report therefore concludes that webchats are not really a money saving alternative to calls at all, especially when you consider that agents will be over-stretched. Taking care of your staff has to be your number one priority and mplcontact can help you with overflow calls, being there for you 24/7.

Please email info@mplcontact.com for more information about any of our services or call  0800 0931 830.